After asking himself for years “What should I do when I grow up?” the answer came to Gigi Vigliani in 2007 when he formed his own band. In fact getting together with his musicians was the real icing on the cake, so to speak, of his career. Finally, “He had grown up”.
His band is called, “Gruppo Elettrogeno” – Power Generator, because it can put on a show and play anywhere. Using songs as the common thread they develop a lively, amusing musical-comical dialogue, a show within the show. The audience is not just passive, spectators are involved and asked to participate in gags that Gigi manages to improvise during the show. People who have been to events where he and his band have performed remain enthusiastic about such an absorbing and amusing experience.

Gigi Vigliani and his band have often performed abroad. There are five musicians in the band, all top-level professionals who during their careers have played alongside outstanding performers (Vasco Rossi, Renato Zero, Claudio Baglioni, Nek, Enrico Ruggeri, etc.). Their repertoire ranges from Italian and international hits from the legendary ’60s and ’70s to those of today, in a really hilarious, scintillating show. A fitting backdrop for Gigi Vigliani’s ‘one-man show’ and vocal extravaganza, which together with his energy gets the whole audience involved, even the most diffident and detached spectators. And as his show never slavishly follows a script Gigi manages to involve everyone, the young and not so young alike, in an explosive crescendo.
So what is a typical evening event like? Well first the band kicks off with a few slow, soft numbers sung by Max Brando, a great artist and experienced singer. This, so as to give guests a warm welcome. Then, in the case of a gala dinner, after the meal, Max together with the musicians led by top guitarist Mario Chiesa continue to speed up the tempo of the evening to set the mood for Gigi Vigliani’s spirited performance. And after this, on a wave of mounting enthusiasm, Max and the band rise to the occasion and have everyone dancing to the most famous hits in the world dance music scene. 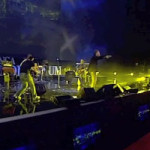 Gigi Vigliani and his Band impersonate Morandi, Troisi and The Rolling Stones 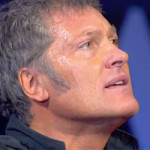 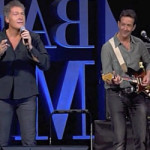 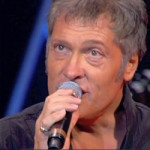 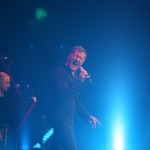 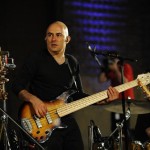 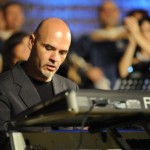 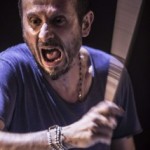 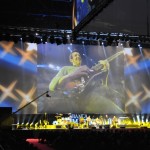 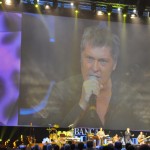 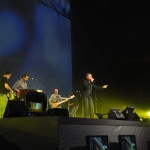 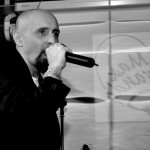