Gigi Vigliani is one of the most complex, indeed unique talents ever seen in the Italian entertainment field: actor, cabaret artist, showman, comedian, but above all an impersonator of singers. This is why he is known as the Singers’ Singer.

This is the theatre play he created, authored and performed that, all or in part, is incorporated in his shows. Performances in which he is the sole artist and star of a fast-moving musical satire of past and present Italy based on songs that captured the mood of each passing moment.
Starting with singers from the 1960s it works its way up to the present day. Benigni, Celentano, Abatantuono and other personalities, who Vigliani impersonates in his own special way, entertain the spectators and accompany them in a long cavalcade through the Italian musical scene. This leads up to his pièce de résistance that highlights singers and singer-songwriters he himself emulates as testimonials and icons of today’s world.
A great performer and comedian, his shows leave a lot of room for improvisation, a succession of gags and songs make his performance a truly spectacular event.
Attempting to sum up who Gigi Vigliani really is in just a few lines is difficult. There are three answers, each of them different.
The first is somewhat banal, too obvious. He’s an impersonator! But somehow this is not quite right, it doesn’t exactly tell the whole story as there are many other more or less talented people who define themselves as such.
He’s a singer with an extraordinary voice! Correct, but rather restrictive as not all famous singers can manage to sing with a voice like Gigi’s.
Then let’s say he’s a comedian! Absolutely true. However, without the previous two definitions it doesn’t really say it all.
And so? Gigi Vigliani is simply Gigi Vigliani.

If you’re lucky enough to see one of Gigi Vigliani’s shows there are several things that will stick in your mind.
First will undoubtedly be his ‘inimitable’ ability to change voices, moving from Barry White to Pavarotti or the Bee Gees with amazing ease.
The second is his stage presence, you can feel it immediately. As soon a Vigliani sets foot on stage you feel he is ‘someone who knows what he’s doing’, a feeling fully confirmed as the minutes go by.
The third is you discover that Gigi’s comic side keeps surfacing in an amiable and irrepressible manner, in fact it’s part of the show. During the show you’ll find yourself interacting with him as regards the choice of singers to impersonate, to the point you will seem catapulted into a concert of your favourite singer or group. At the same time you’ll be amused by the way he sends them up. 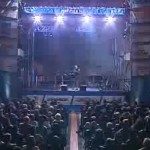 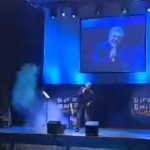 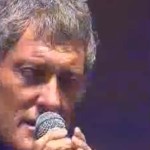 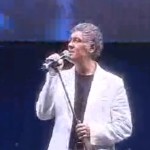