An article published in the magazine Convegni covering the convention scene said that Gigi Vigliani got a great many laughs from guests at gala evenings organized by top companies such as Mediolanum, Fiat, Pirelli, Eni, Mondadori and Vodafone. But just how is a ‘custom-made’ show created?
“The first thing I do is gather as much information as I can on my client company”, says Vigliani, “including the reason for the event and type of audience that will be present – age bracket, home-base and role within the company. Then I try to pin down and interpret what the client wants. However, I leave a lot of room for improvisation and above all I try to create a close, interactive relationship with the audience”.
And the Roman comedian has always participated in incentive trips.
“When I’m on holiday for a period with a group”, he says, “I generally do two shows, one at the beginning and one at the end of the trip. In the last one I not only poke fun at various odd episodes that have occurred during the trip, I also leave space for a ‘juke box corner’. Before taking their seats spectators are asked to write the name of the singer they would like to hear during the show. Then later I pull names at random out of a transparent ice-bucket and impersonate the singers concerned”.
Gigi Vigliani has also created a work for the theatre of which he is the sole performer. The play, “Beware of Imitations”, is a hard-hitting musical satire about Italy today. 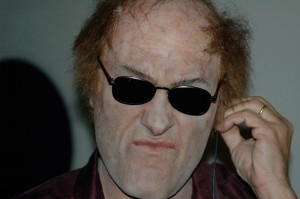 Known as “The Singers’ Singer” and “The Convention Man”, the well-known Roman cabaret artist and impersonator has been giving audiences a good time and many laughs since 1983, with shows full of satire and contagious humour. And to think all of this started just by chance …
Many Italians remember him as a guest in numerous TV programmes conducted by Paolo Limiti and his TV appearances in Domenica In or Vita in Diretta, in which he impersonated and sang duets with some of Italy’s most famous performers, artists like Tiziano Ferro, Riccardo Cocciante, Pavarotti and Celentano, in addition to his hilarious monologues.
But Gigi Vigliani is really at his best in live shows, either in the theatre or post-convention or company meeting events, performances full of ironic, sharp-witted humour.
This cabaret artist’s story is incredible, it almost seems like a fairy tale with a happy ending. It was during an evening out with a group of friends when he was 23 that then sales manager, Luigi Vigliani, suddenly found that he had an unexpected artistic talent. And on the wave of this Gigi began to study the comedians and singers who were famous at the time and then auditioned at RAI TV with director, Adolfo Lippi, who signed him up right away. Three days later he made his TV debut in the show Forte Fortissimo conducted by Barbara D’Urso.
But apart from praise in the media and TV successes Vigliani still prefers opportunities to perform live, incentive trips and especially conventions, for which he prepares personalized shows – “custom-made shows”, he explains, “so I always work hard to make sure they fit the client’s requirements”. 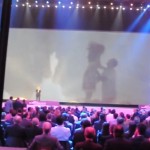 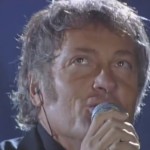 Gigi Vigliani in convention at Palasport of Pesaro impersonate Venditti 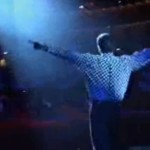 Gigi Vigliani in convention at the Royal Albert Hall of London 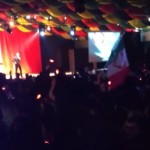